Campaign for Good Governance, a Sierra Leonean organisation, produced a research report on basic education in the country. One of the key recommendations of the research was:

In the 2008 public examinations for junior and senior high schools, 90 percent of pupils failed. This was widely blamed on the lack of learning resources for schools. In 2010, the government produced a White Paper that proposed the phasing out of the shift system in schools after that disastrous national performance in 2008.

In 2010, it was recorded in the North and East of Sierra Leone that 56% of primary school pupils and over 60% of secondary school pupils were dropping out. Since 1994, the teaching of science subjects has dropped drastically. In 1994, only four students took General Science as a subject at GCSE level, and not one of those students passed. Today, institutions such as Milton Margai College of Education and Technology, a teacher training college in Freetown, do not even have science materials for practical work for those training to be science teachers.

According to IBIS (a Danish non-governmental organisation), over half a million children in Sierra Leone are without formal education – based on research done in cities. IBIS also stated that a large number of youths have no skills, and that the education sector needs a lot of support and attention.

Many children drop out of school because of the lack of educational resources such as exercise books, pens, pencils, and textbooks. Though the new administration of 2018 has made education for primary and secondary schools free, parents have to buy these resources in order to enable their children to learn. Parents who cannot afford to buy these items take their children, particularly girls, out of school. It is some of these children who get involved in acquisitive or food theft. For girls from very poor families, the alternative to not attending school is prostitution.

We are the largest independent educational support services providers in the country. Practical Tools Initiative aims to give educational support to schools through the provision of learning materials (textbooks, teaching resources, exercise books, pens and pencils, computers, etc.) and the setting up of science labs to enable children to remain at school, learn and progress through the education system. Earlier intervention has proved that support for schools is key to increasing enrolment and retention, excellent performance at exams, and keeping children away from the streets.

As with disability support services, we go in big – delivering critical resources and encouraging children, parents and teachers to make good use of them.

We ship big. But each and every book is stamped five times on key pages with our logo to prevent them being misused for personal financial gain by those who have access to them. We also have a rigorous monitoring system that allows us to follow usage and progress. 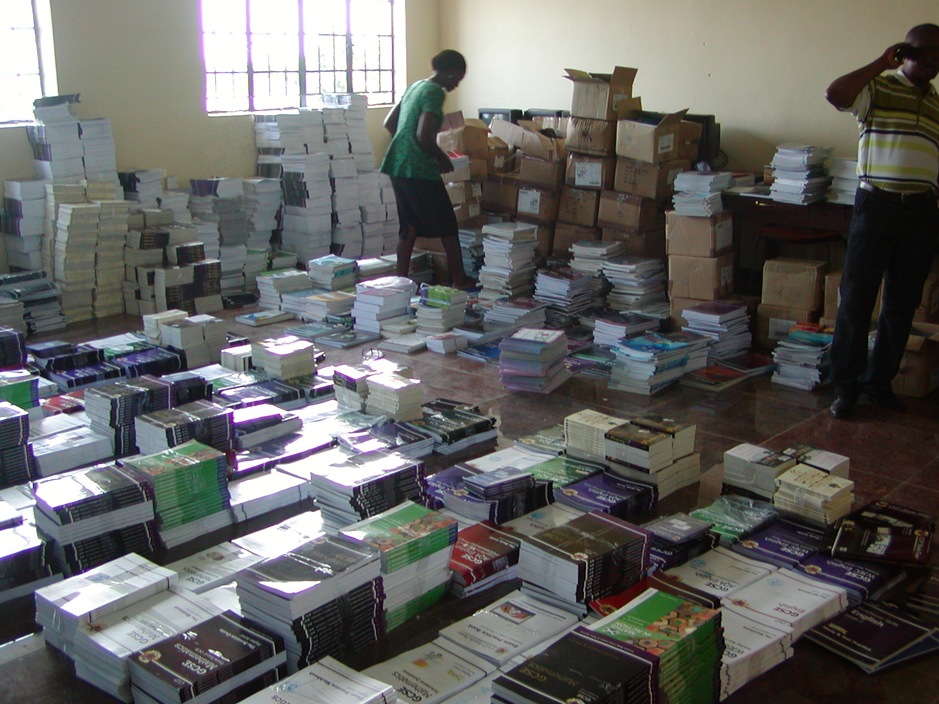 Our staff and volunteers are highly committed team members and follow the standards we have set for ourselves in the country.

We invite heads of schools for meetings in which we communicate our expectations and encourage their commitment to making sure that their students have access to the valuable resources we are offering. 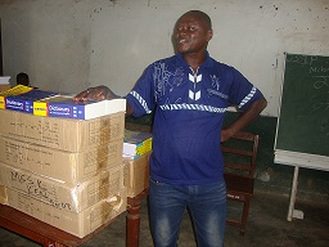 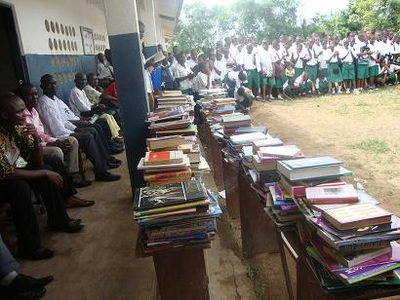 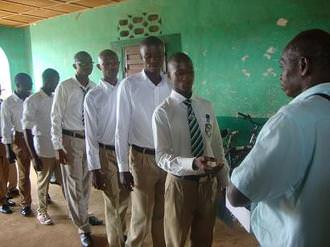 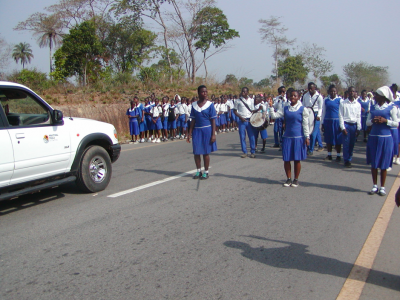 The impact of our work in Sierra Leone was highlighted by a welcoming party we met on the highway entering the town of Pendembu in Eastern Sierra Leone. Read More>> 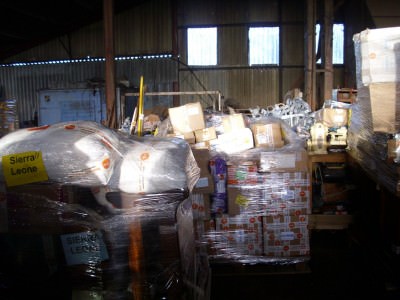 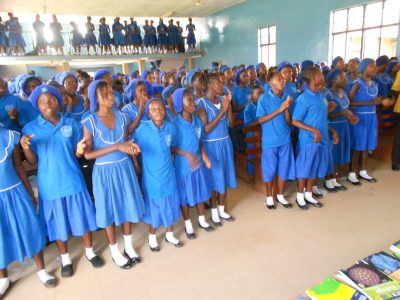 The school started as the Mary Sowers Home for Girls in Rotifunk in 1887.  Read More>> 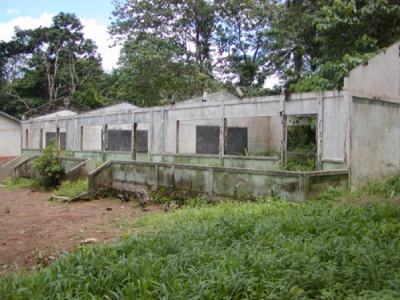