The Pilot School of Baoma was one of many schools established in the late 1970s as a model school for the provision of education to small, isolated communities in Eastern Sierra Leone.

The school was also used as a station for teaching practice for newly qualified teachers from the highly acclaimed Teacher Training College in Bunumbu, which was about eight miles away. The school was severely disrupted by the ten-year Sierra Leone civil war, which displaced the entire village until 2002. When the villagers returned, the school buildings had been vandalised. Even roofing sheets had been removed from school buildings by rebels who had sold them to fund their incursion.

Since 2002, no state support has reached the community, and larger non-governmental organisations do not go far enough to meet the neediest people. We have been working with the community for nearly two years now, delivering much-needed medical support for the small clinic as well as support for the school. 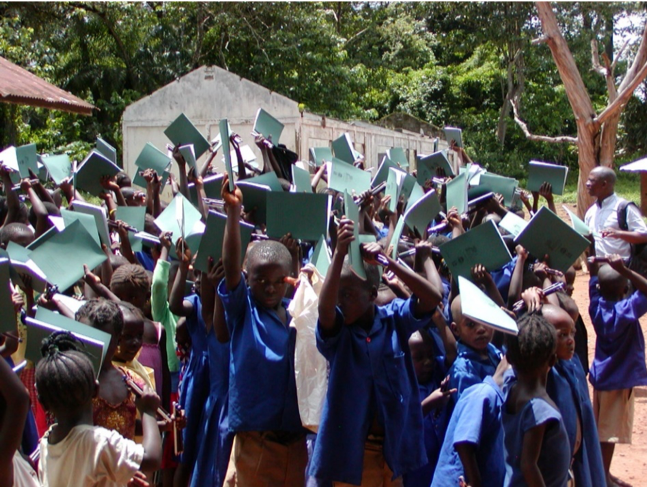 Our focus is not just on school enrolment and retention, but also on quality learning and enablement through building the capacity of schools and teachers. A UNESCO report in 2012 noted that one of the reasons for the poor overall exam results was the 6% fall in aid to basic education funding by five of the ten international funders. In previous interventions, emphasis – through the directives of the international funders as a prerequisite for funding – was solely placed on enrolment. This was later questioned by UNESCO, whose Director-General, Irina Bokova said: “We are at a critical juncture. The world must move beyond helping children enter school to also ensure that they actually learn the basics when they are there”.