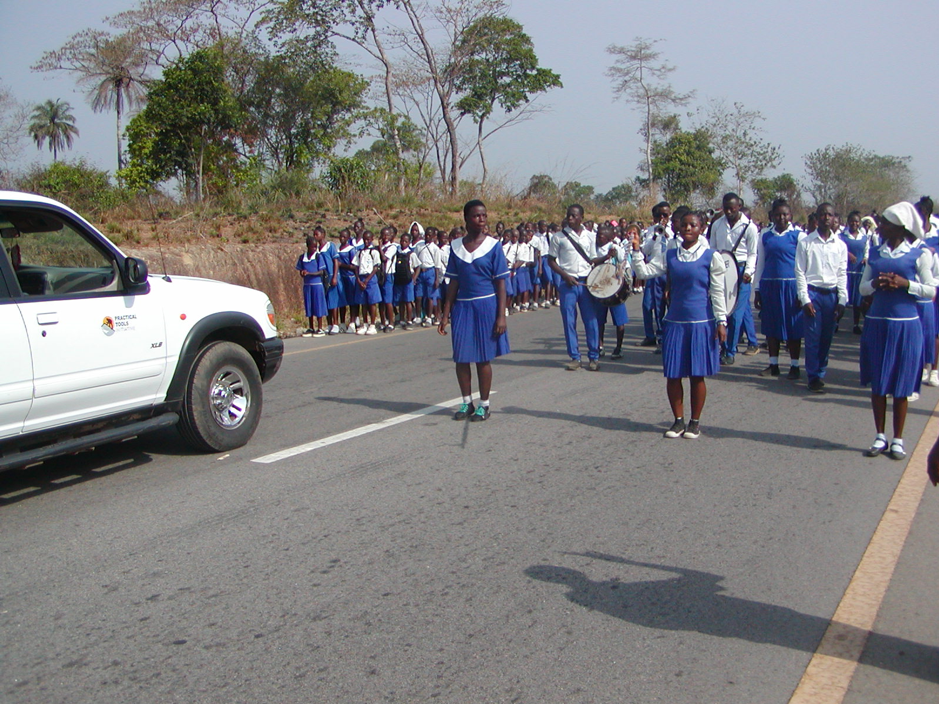 The impact of our work in Sierra Leone was highlighted by a welcoming party we met on the highway entering the town of Pendembu in Eastern Sierra Leone. When they were told that we were returning to the school to see them, we were ‘ambushed’ on the highway by 1200 pupils led by a brass band! It was one of the most surreal things we have ever encountered in our work.

We have been working with the school for three years, delivering key new textbooks and science lab equipment. The support transformed the school quite profoundly, making it the leading performer in national exams in the Eastern region of Sierra Leone. In the science class alone, eight students gained outstanding results with top grades!

As a result of this outstanding achievement and the resources the school now has, the West African Examinations Council has turned the school into a centre for exams in the region. This provincial school has turned around its fortunes in just three years, and it is now competing with city schools.