In the 1930s, a British missionary and his wife were stationed at Segbwema, Eastern Sierra Leone. Word spread among locals that the minister’s wife was a nurse. Many people started coming to their house for help, and their veranda became a clinic.

It was around 1950 when Alderman John Nixon, previously Lord Mayor of Newcastle, approached the officers of the Methodist Missionary Society to offer to donate money for medical services to a needy place in the developing world in memory of his wife, who had recently died. The opportunity to significantly develop the hospital in Segbwema was suggested. A large amount of money was provided, which allowed for the construction of wards and outpatient areas to be developed. Both expatriate and local staff were engaged, and the highly commended nursing school was also created.

The hospital was widely acclaimed throughout Sierra Leone and was the pride and joy of the Methodist Church. But then, in 1990, came the devastation and pointless destruction of the rebel war incursion, which spilled over from Liberia. The staff members had to flee for their lives into the bush, and 10 years of massive wanton destruction followed.

Today, it is the most equipped nursing training school in the country. Its has become our model project for supporting medical schools and hospitals across the country, for we now know how well we can manage deliveries and monitoring to effect good performance. 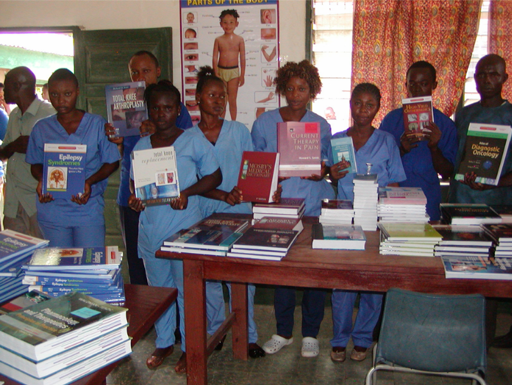 Just over two years ago, this school was going to be closed down due to lack of resources. Today, it is a key performer in the provision of education for nurses and community healthcare workers in Sierra Leone!

Nixon receives additional medical textbooks to complement the existing resources we have provided in recent years. Their computer library has also been established, enabling both students and tutors to access the services.

In addition to the provision of medical resources, we have UK medical volunteers and an IT specialist to help support the nursing school at Nixon Memorial Hospital and establish the computer lab. The UK medical volunteers also visit our partner satellite clinics in rural areas to help deliver medicines and organise life-saving seminars on hygiene and sanitation in communities where maternal and child mortality rates are among the highest in the country. 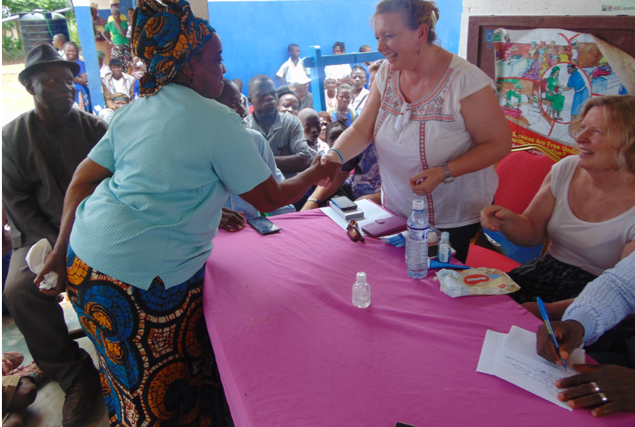