In April 2016, Practical Tools Initiative (PTI) signed a three-year partnership agreement with Book Aid International (BAI), UK with the aim of delivering high-quality textbooks to extremely deprived post-war and post-Ebola health and educational institutions, and prisons in Sierra Leone. Within weeks of signing the partnership agreement, we received the first consignment of new textbooks for six institutions that included one hospital, two prisons, two senior and one junior secondary schools.  In addition to the books, we sent out fifty computers, science lab equipment, and sports items for schools. This report is highlighting what has been achieved so far.

The initial date for the shipment of the resources from our warehouse in Hampshire, UK, to Freetown in Sierra Leone was set for May 2016. We had a delay, however, as we had to wait for crucial medical equipment that were to go in the container. The loaded container finally left our warehouse in late June, and arrived in Sierra Leone in early August.  The container was successfully cleared at customs, and safely transported to our centre in Kenema, Eastern Sierra Leone.

The successful arrival of the container to our centre in Kenema was the beginning of the real work for our team. As mentioned in previous postings about how we handle books that we send out, we sort-out and stamp all of them before distribution to our projects. In this way, we ensure that the resources remain with the project, and made accessible to all for as long as they could last.

It took a week to offload the container, sort-out, count and stamp the six thousand plus books at our storage in Kenema.  The books were then separated into seven lots, listed and repacked into boxes, sealed and labeled for each institution. 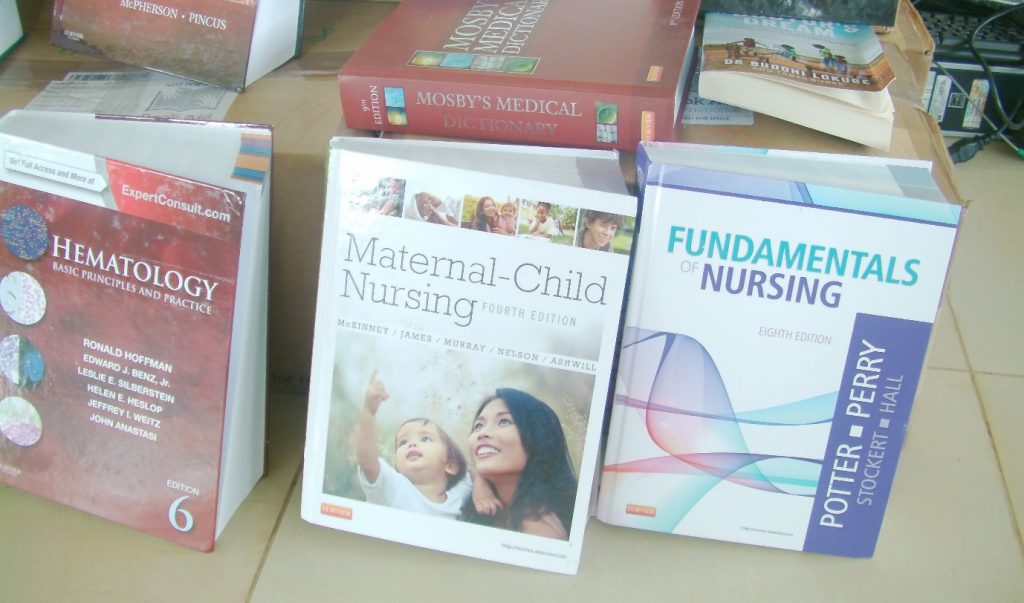 Once the books were stamped, categorised and repacked, beneficiary organisations, local chiefs, and end-user bodies (for example, students) were informed, and invited to attend a delivery ceremony at their institution.   The resources were then delivered in the presence of the whole gathering. Each presentation is accompanied by a delivery document that shows the quantity and type of books delivered. This document is then signed by Practical Tools Initiative and the recipient organisation in the presence of the chiefs and end-user bodies, who are there to witness the event.

In the 1930s a British missionary and his wife were stationed at Segbwema, Eastern Sierra Leone. Word spread among locals that the minister’s wife was a nurse. Many people started coming to their house for help, and their veranda became a clinic.

It was around 1950 when Alderman John Nixon, previously Lord Mayor of Newcastle, approached the officers of the Methodist Missionary Society to offer to donate money for medical services to a needy place in the developing world in memory of his wife who had recently died; the need to significantly develop the hospital in Segbwema was suggested. A large amount of money was provided which allowed for the construction of wards and out patients to be developed. Both expatriate and local staff were engaged and the highly-commended nursing school also came into being.

The hospital was widely acclaimed throughout Sierra Leone and was the pride and joy of the Methodist Church. But then in 1990 came the devastation and pointless destruction of the 10 years of rebel war incursion, spilling over from Liberia. There was massive wanton destruction and the staff had to flee for their lives into the bush.

We hope to continue providing support for the hospital for the next few years. The nursing school has over 260 students. 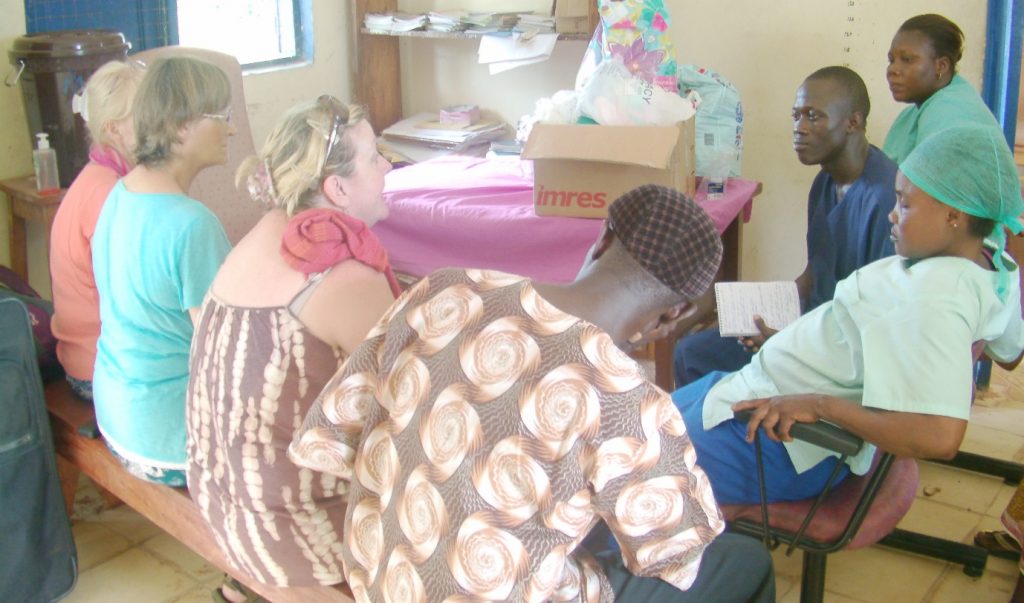