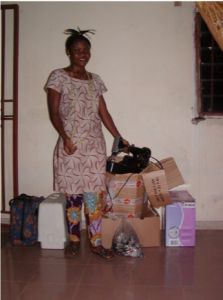 Zainab is one of several girls who have taken up the opportunity to train with local skills providers. She was brought to the city as a maid from the province and was later abandoned. She took up the apprenticeship to train as a tailor.