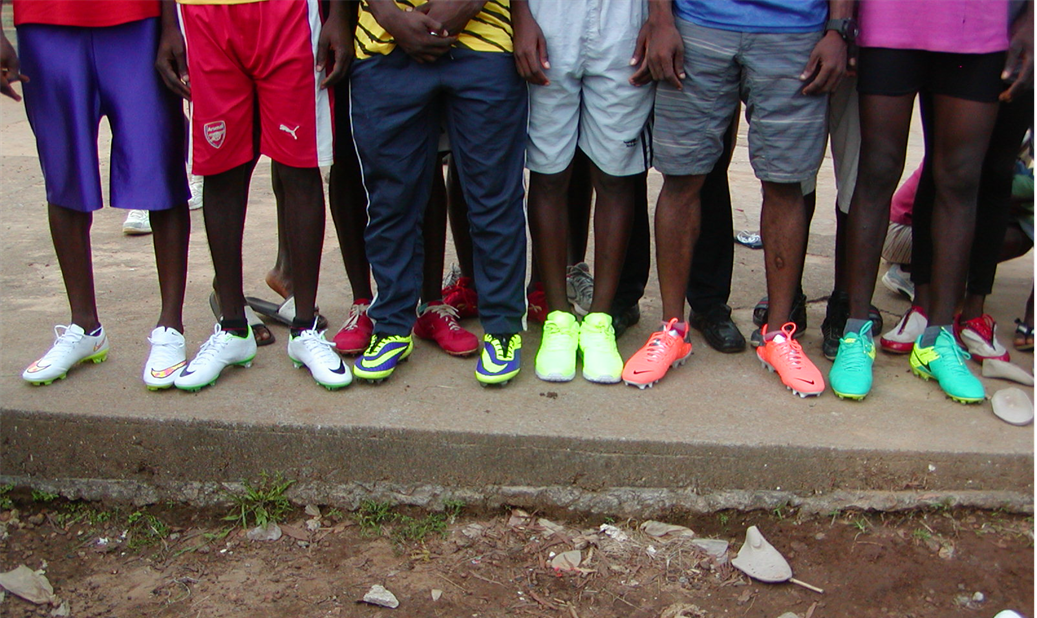 In our 2016/2017 annual report, we updated our partners about the actions we are taking to support sports in Sierra Leone. We have delivered over 200 sets of football kits and about 1000 footballs to community football teams, schools, and amateur groups across the country.

We have continued the work to include athletics. Again, in this area of intervention, we are leading the way, thanks to our UK partners – including Sussex to Africa! For example, we work with the Eastern athletics team; we provided new running shoes and vests to the team and helped part-fund the January 2018 event at the National Stadium in Freetown.

This sixteen-year-old (seen here in her new green trainers) is the fastest 400-meters runner in Eastern Sierra Leone. We supported her team with new trainers and vests.

The key problem that athletics groups face in the country is the usual neglect by the state. Foreign aid funding that goes through the state for sports does not reach the very groups and people that it is meant to assist.

We will continue to support professional, community and schools football clubs in the country. The resources we send out are from the English Premier League, Champions League, and lower leagues football clubs.